High risk of prostate cancer in men of African origin 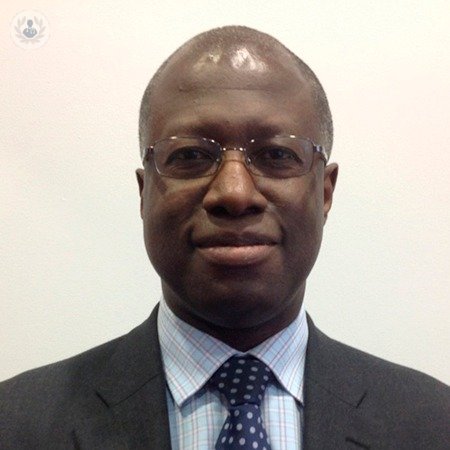 Prostate cancer is highest among men of the West African diaspora, be it black men in the USA, the Caribbean, Brazil and the UK.  It is high in black men in sub-Saharan Africa, although lack of cancer registries makes data unreliable.  More often than not, prostate cancer presents at a late stage in Africa.

Therefore, men with African genetic heritage need to be aware and alert to the dangers. Not only are these men more likely to be diagnosed with prostate cancer, but may have a more aggressive form of the disease.

It is advisable to get a PSA test from the age of 40 and be regularly tested from there on.  Digital rectal examination (DRE) may detect an abnormal feeling prostate even when the PSA is normal; so, it advised to have this done but it is not mandatory.  The PSA is much more informative of the risk of prostate cancer.

Further, biopsy results in USA suggest cancers tend to be of a higher grade than in Caucasian men and the risk of cancer recurrence following treatment is also greater. This is not mirrored in the UK. Research from the ‘PROCESS’ study demonstrated that black men were on average five years younger than their white counterparts when prostate cancer is diagnosed.

Evidence is evolving, but there is some evidence to suggest that gene inheritance in men of African origin means that the cancer is different.

When 20 established molecular markers for prostate cancer in Caucasians were applied to black subjects it transpired that only a third were shared by the two groups. Further, it has been found that some of these markers behave in inverse fashion. That is a marker that rises in Caucasians to signal cancer, declines in men of African ancestry when cancer or aggressive cancer is present.

There is some evidence that lack of Vitamin D in black men may increase risk. Caucasians have evolved white skin as it is efficient in making Vitamin D in the relatively low light levels of temperate regions when compared to Africa. Some researchers suggest that low levels of Vitamin D can be a predictor of whether a biopsy produces a positive or negative result.

Finally, PSA testing and correlations between PSA levels and cancer risk are well understood among white men of European origin. This is not necessarily the case for men of African descent and what levels of PSA can be regarded as low risk for this population is not well understood.

In terms of diagnosis, mpMRI and transperineal biopsy and far superior to TRUS in finding cancer in men of African origin and there is a strong case for mpMRI screening for men of African origin.  Such a screening study, ReIMAGINE, is underway in London at UCLH, Imperial and Kings.). Use the ReIMAGINE link if you are interested in the trial.

Further reading is available by following the links.

The Centre for BME health